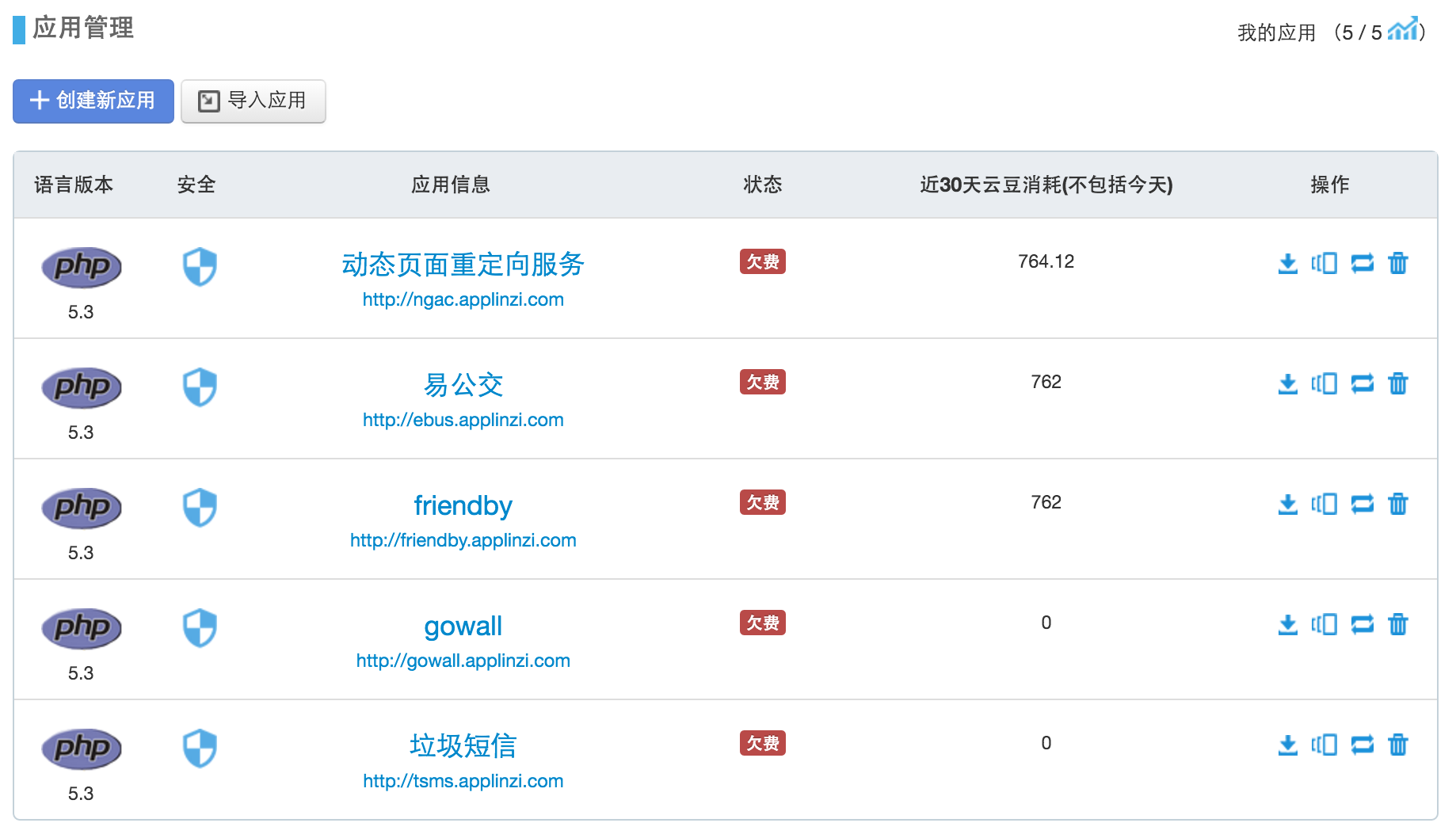 Hi, No Wakelock is a new Android app I developed. It gives user the ability to disable wakelocks of specified apps, which are usually the root cause of battery drain. It requires Xposed to function normally.

Android allows apps to use partial WAKE_LOCK to keep devices awake while screen is off. However, this mechanism is often abused as some Android developers introduced it into network related operations. As a matter of fact, network events will wake devices up automatically and only pure CPU operations require wakelocks to prevent device from falling asleep.

Disabling partial WAKE_LOCK is usually safe and has little impact on the functionality of Android apps, except if you are doing CPU intensive work like video rendering, π calculation etc.

How to use it?

First of all, enable the Xposed module. 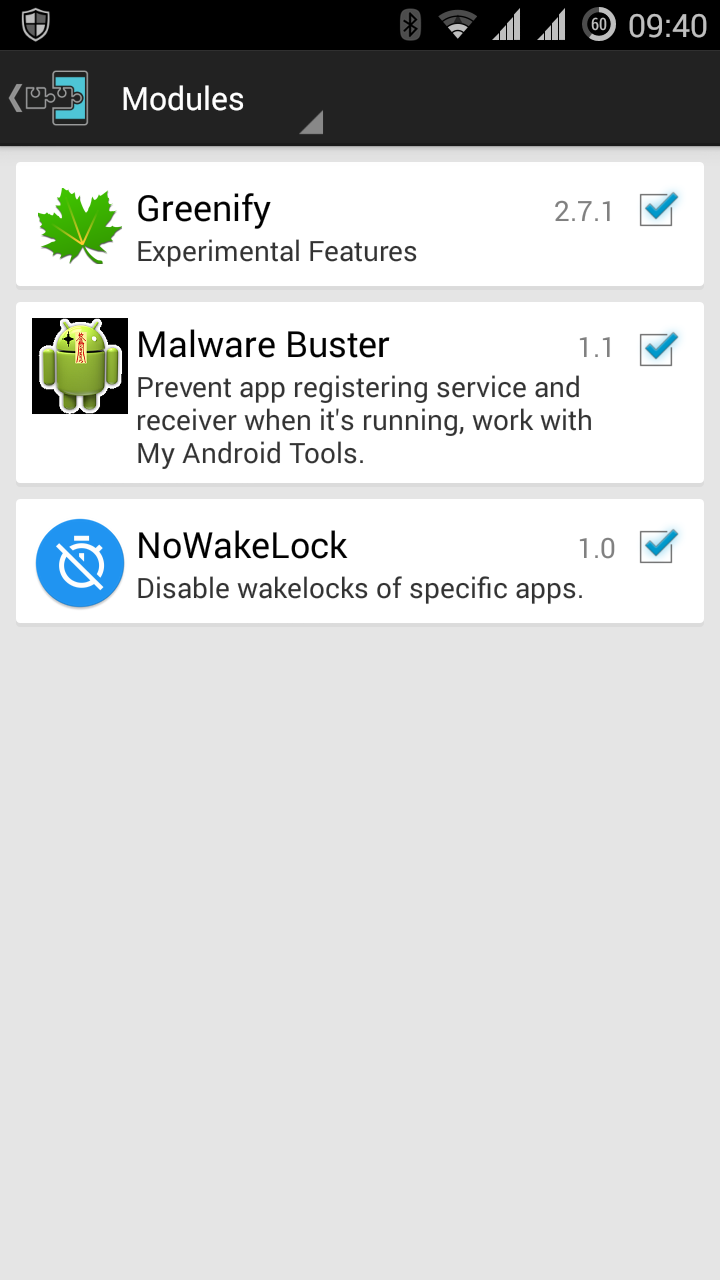 It is recommended to use No Wakelock with other apps like Greenify. If you do not wish to have an app running in the background while screen is off, simply greenify it. If you have an app that you wish to have it running in the background, but at the same time want to minimize its battery usage, then do not greenify it. Instead, use No Wakelock to restrict its access to wakelocks.

It is recommended to identify the apps that use excess wakelocks first. Tools that can help you with that include Wakelock Detector. 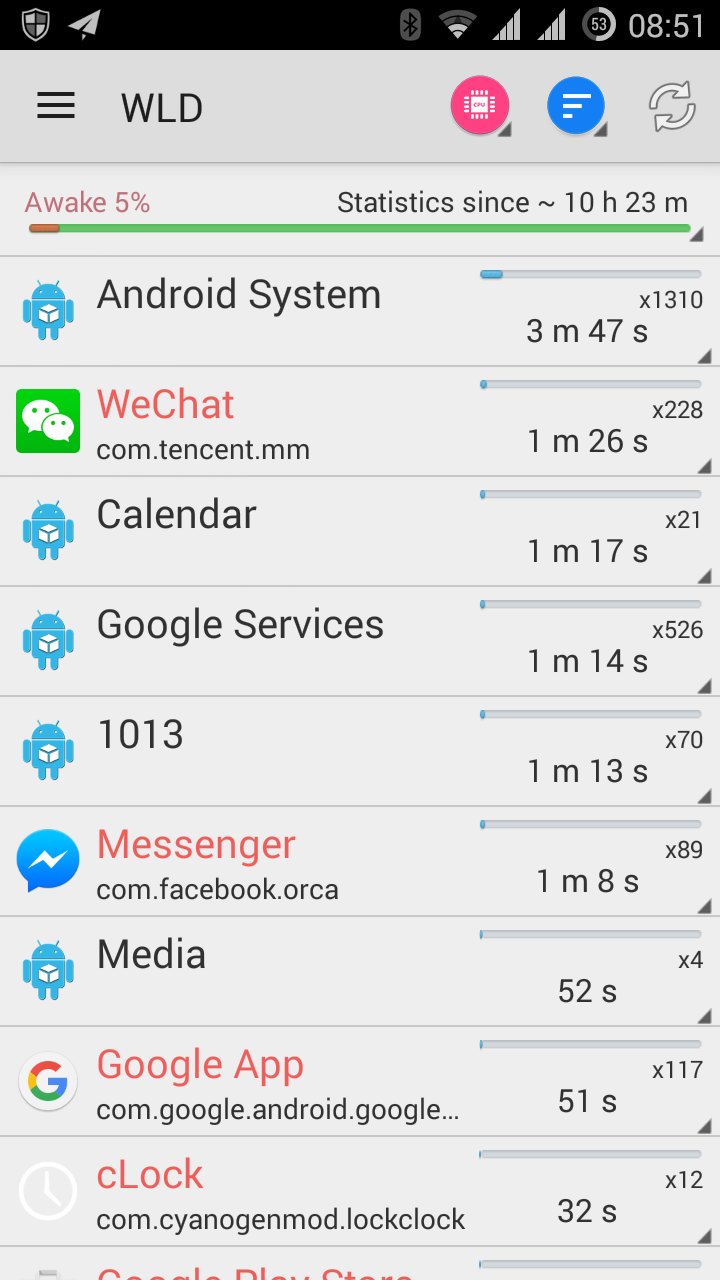 Then open No Wakelock, locate the app you want to disable. 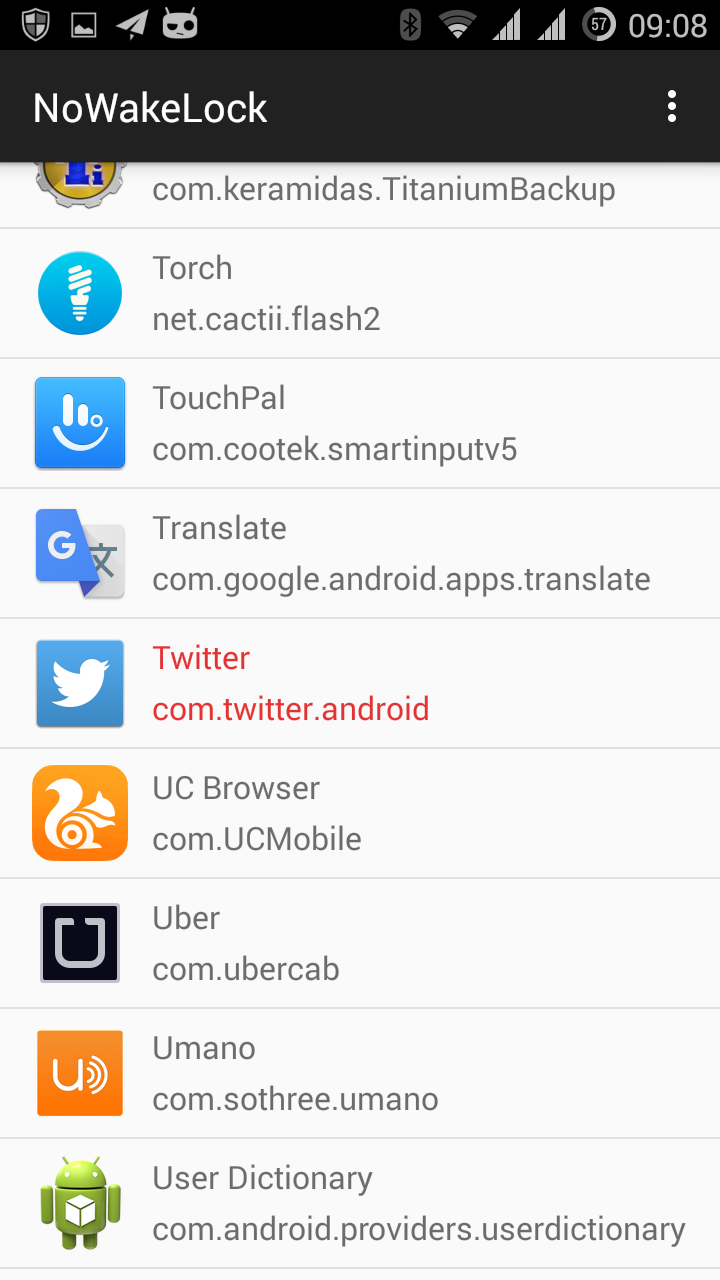 Then, choose the types of wakelocks you want to disable.

Partial Wakelock: This is the wakelock that prevents your CPU from falling into sleep while screen is off.

All Other Wakelocks: This is the wakelock that prevents your screen from turning off.

Sync Adapters: Sync Adapters can also keep devices awake. If you do not need synchronisation, you can disable it.

Align AlarmManager Wake-ups: (>= Android 4.4 only) Use this option to force align all wakeups caused by AlarmManager so that the CPU can keep asleep for as long as possible. Please be reminded that this option might postpone or break push notifications of apps that are improperly designed.

These four options should be enough for 99% of the users. However, if you wish to have more precise control over your phone’s wakelocks, you can enable this option:

Apply Custom Black/Whitelist: This is an advance option. Common users usually do not need to touch this unless you are clear what you are doing. If you wish to enable it, please edit the custom black/whitelist first. For more information about black/whitelist, read the next session.

Google Play Services will now no longer consume too much battery. The best part is that GCM notifications & Google Account Sync are all working as normal. Woohoo! 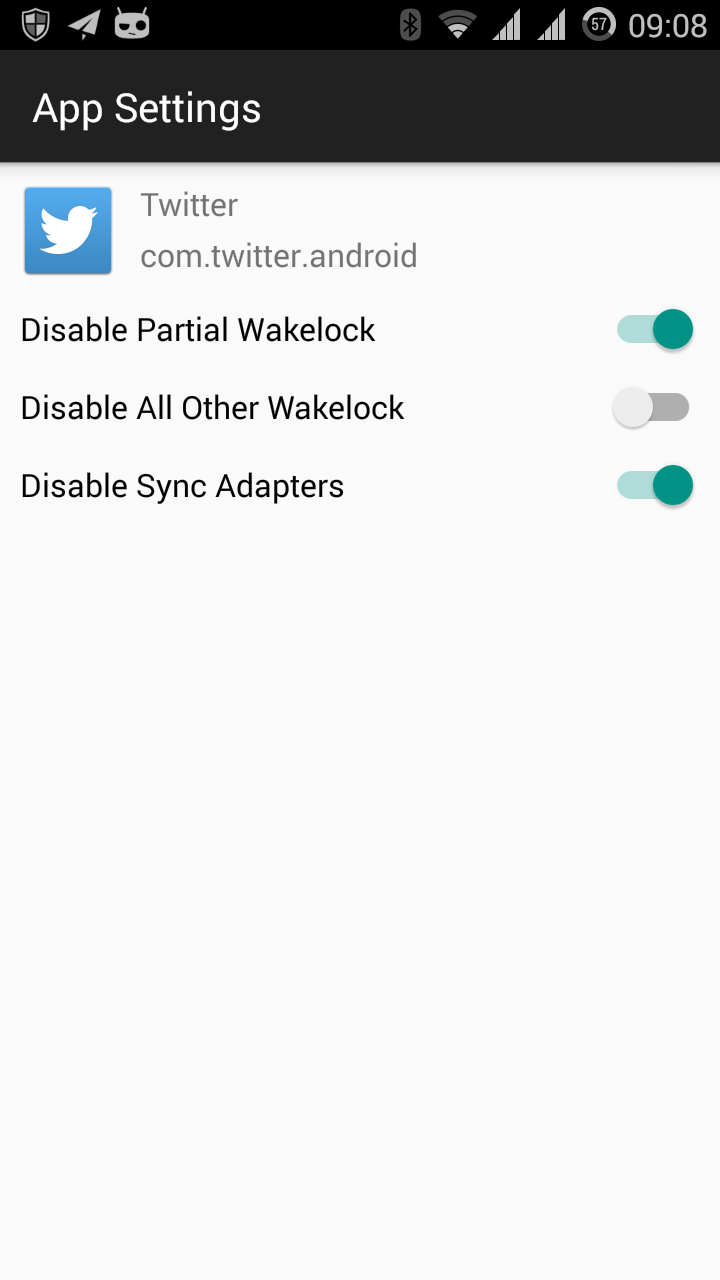 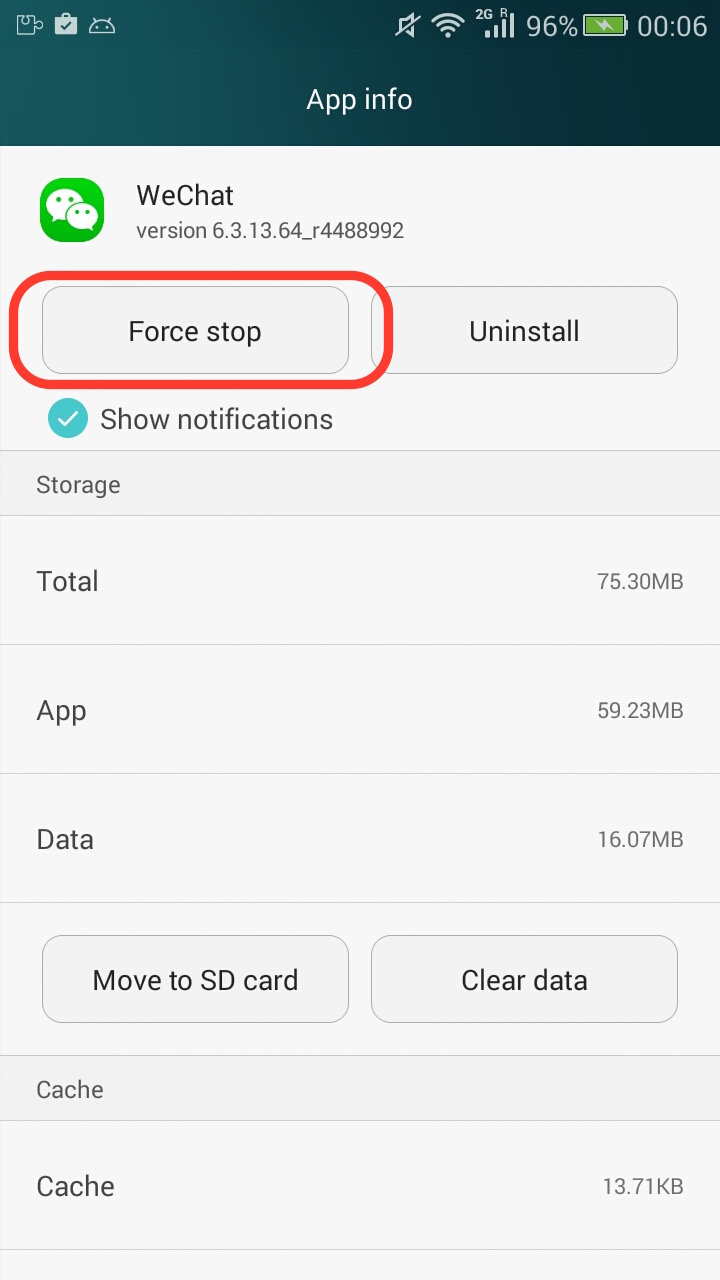 That’s all. Your device can have a good night’s sleep now.

Please be reminded that this is only for advanced users.

If you decide to enable it, the priority of wakelock matching becomes: blacklist > whitelist > other settings for the app.

Please be reminded that one and only one regular expression should appear on each line. Do not insert extra new lines as this will invalidate all settings for this app. 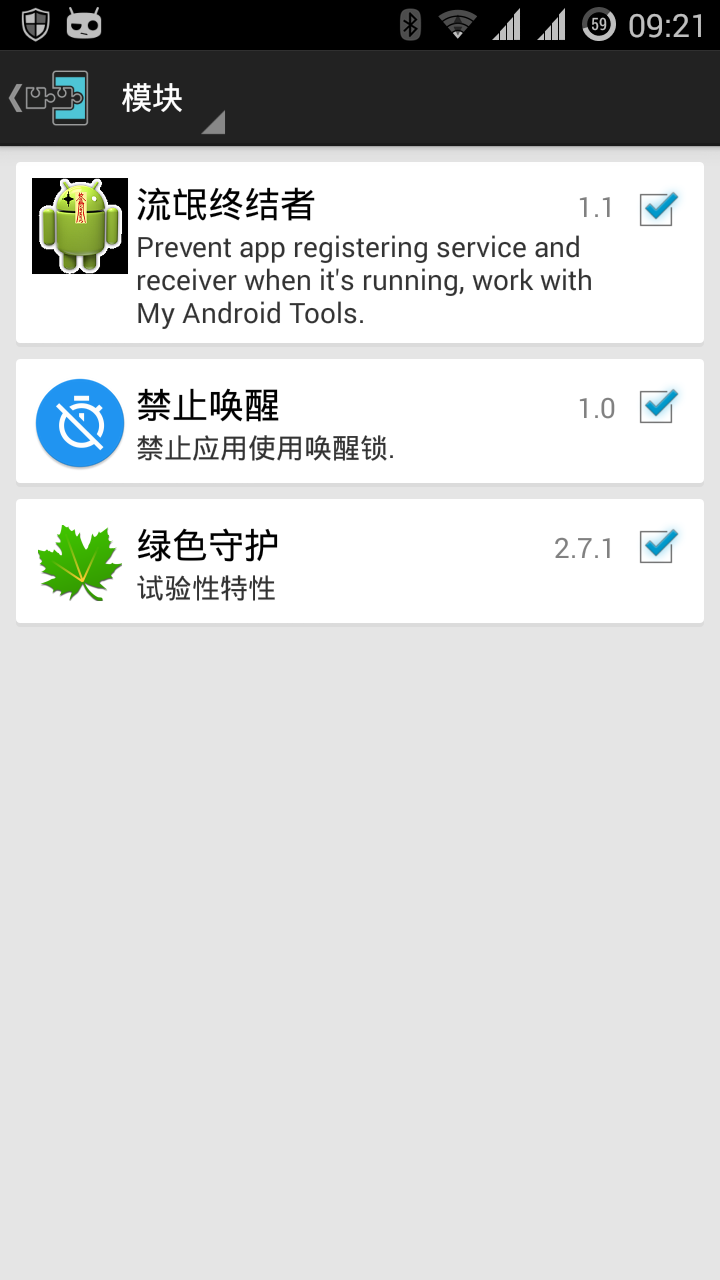 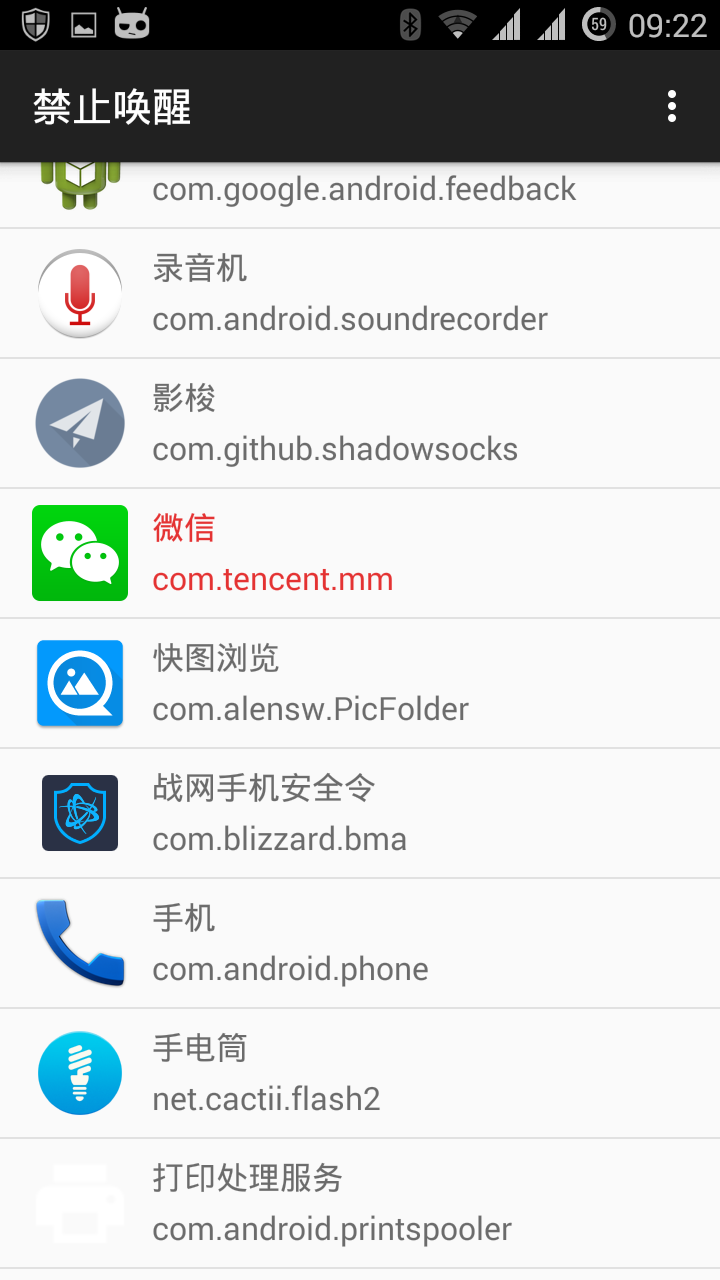 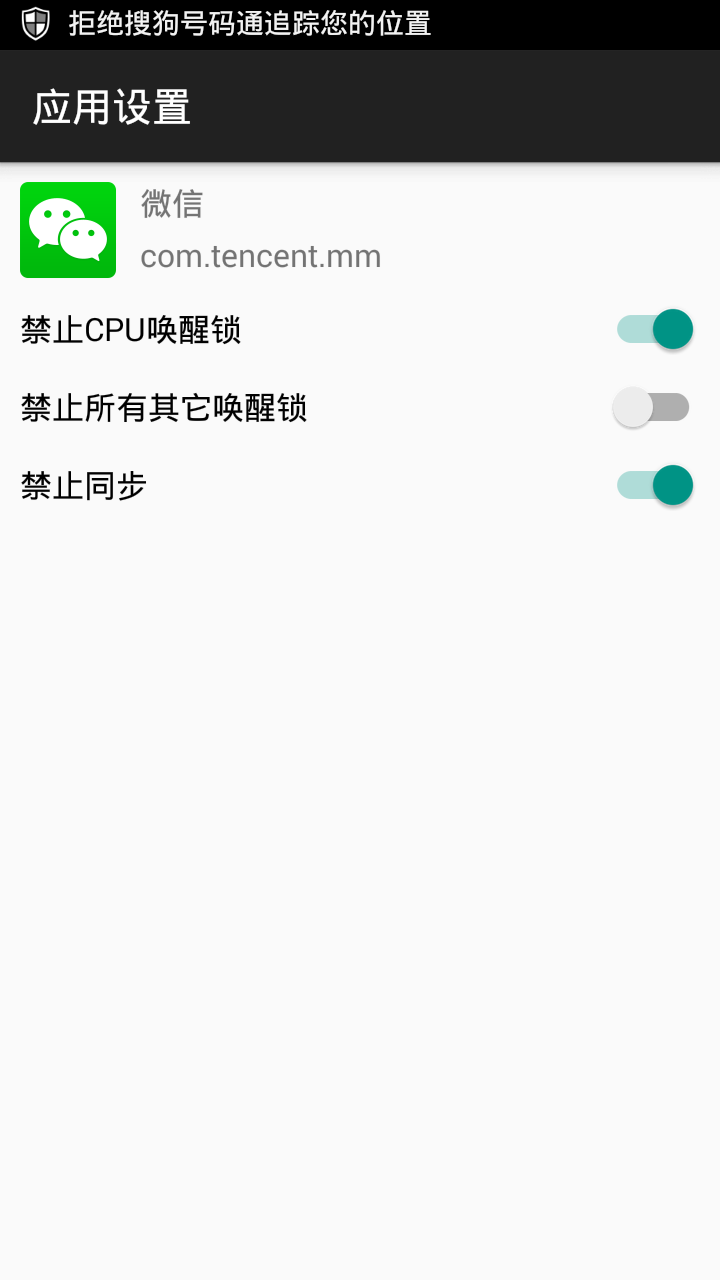 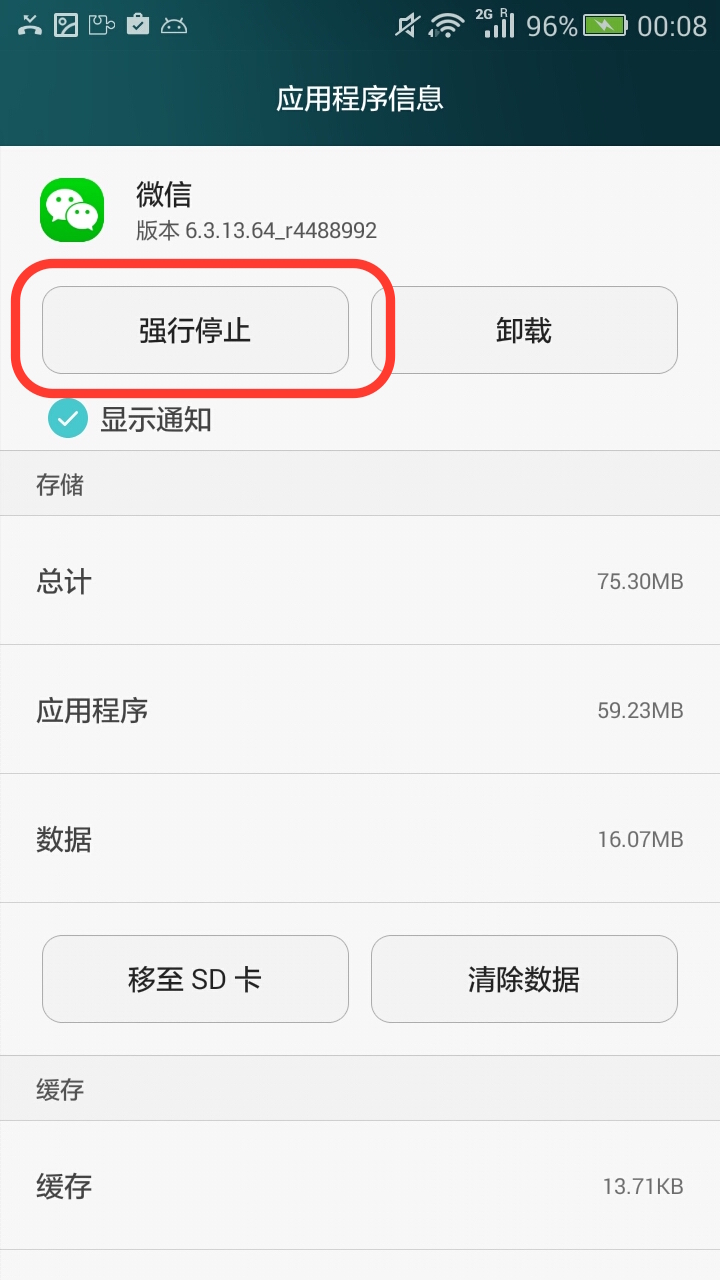 Recently I encountered a “Multiple Dex Files Define” error when writing and building Android libraries. After a lot of work, the root reason is attributed to a IntelliJ IDEA bug which appears when you are using .classpath(Eclipse style) project configuration file format. I reported this bug to Jetbrains and they had confirmed my report on it. It is now being tracked in their bug system. Before Jetbrains fix the bug, you can avoid it by using .iml(IntelliJ style) project configuration file format.

Here is how I encountered and reproduced this bug, which is also available through https://youtrack.jetbrains.com/issue/IDEA-144038.

If we open the jar file exported, we can see only compiled classes from AndroidLibraryModuleA is listed here.

However, if we keep everything unchanged, just switch the project file format from IntelliJ’s .iml to Eclipse’s .classpath of AndroidLibraryModuleA. Then we rebuild the artifacts.

I believe the .iml’s behavior is the intended one while the .classpath one’s behavior may result from a bug.

I’m trying to build up a push system recently. To increase the scalability of the system, the best practice is to make each connection as stateless as possible. Therefore when bottleneck appears, the capacity of the whole system can be easily expanded by adding more machines. Speaking of load balancing and reverse proxying, Nginx is probably the most famous and acknowledged one. However, TCP proxying is a rather recent thing. Nginx introduced TCP load balancing and reverse proxying from v1.9, which is released in late May this year with a lot of missing features. On the other hand, HAProxy, as the pioneer of TCP loading balacing, is rather mature and stable. I chose to use HAProxy to build up the system and eventually I reached a result of 300k concurrent tcp socket connections. I could have achieved a higher number if it were not for my rather outdated client PC.

300k concurrent connection is not a easy job for even the high end server PC. To begin with, we need to tune the linux kernel configuration to make the most use of our server.

Since sockets are considered equivalent to files from the system perspective, the default file descriptors limit is rather small for our 300k target. Modify /etc/sysctl.conf to add the following lines:

These lines increase the total file descriptors’ number to 1 million.
Next, modify /etc/security/limits.conf to add the following lines:

If you are a non-root user, the first two lines should do the job. However, if you are running HAProxy as root user, you need to claim that for root user explicitly.

Holding such a huge number of connections costs a lot of memory. To reduce memory use, modify /etc/sysctl.conf to add the following lines.

Upon finishing tuning Linux kernel, we need to tune HAProxy to better fit our requirements.

In HAProxy, there is a “max connection cap” both globally and backend specifically. In order to increase the cap, we need to add a line of configuration under the global scope.

By default, HAProxy will detect dead connections and close inactive ones. However,  the default keepalive threshold is too low and when applied to a circumstance where connections have to be kept in a long-pulling way. From my client side, my long socket connection to the push server is always closed by HAProxy as the heartbeat is 4 minutes in my client implementation. Heartbeat that is too frequent is a heavy burden for both client (actually android device) and server. To increase this limit, add the following lines to your backend. By default these numbers are all in milliseconds.

When you are facing simultaneous 30k connections, you will encounter the problem of “port exhaustion”. It is resulted from the fact that each reverse proxied connection will  occupy an available port of a local IP. The default IP range that is available for outgoing connections is around 30k~60k. In other words, we only have 30k ports available for one IP. This is not enough. We can increase this range by modify /etc/sysctl.conf to add the following line.

But this does not solve the root problem, we will still run out of ports when the 60k cap is reached.

The ultimate solution to this port exhaustion issue is to increase the number of available IPs. First of all, we bind a new IP to a new virtual network interface.

This command bind a intranet address to a virtual network interface eth0:1 whose hardware interface is eth0. This command can be executed several times to add arbitrary number of virtual network interfaces. Just remember that the IP should be in the same sub-network of your real application server. In other words, you cannot have any kind of NAT service in your link between HAProxy and application server. Otherwise, this will not work.

Next, we need to config HAProxy to use these fresh IPs. There is a source command that can be used either in a backend scope or as a argument of server command. In our experiment, the backend scope one doesn’t seem to work, so we chose the argument one. This is how HAProxy config file looks like.

Here is the trick, you need to declare them in multiple entries and give them different app names. If you set the same app name for all four entries, the HAProxy will just not work. If you can have a look at the output of HAProxy status report, you will see that even though these entries has the same backend address, HAProxy still treats them as different apps.

That’s all for the configuration! Now your HAProxy should be able to handle over 300k concurrent TCP connections, just as mine.

I recently experienced a severe slow debugging experience in IntelliJ + nodejs plugin / WebStorm, which made me to wait nearly one minute for my app to start. I tried to figured out why, and I noticed that the most of the time was spent on loading various packages.

Later on I found the cause for such slowness: the IDE’s break on exception option is enabled. In other words, the IDE will try catch almost every line of JavaScript code, no matter it is written by you or it is from a third party package, which leads to a huge performance loss.

Disabling it by navigating through menu ‘RUN -> View Breakpoints…’ and toggle ‘JavaScript Exception Breakpoints’. You will have your program debugging much faster. To further accelerate your experience, navigate through menu ‘Help -> Find Action…’, type in ‘Registry’ and enter. Uncheck ‘js.debugger.v8.use.any.breakpoint’.

Now your nodejs program should run in debug mode as fast as it is not.